Your automotive legacy’s next big step is waiting in our exclusive dealership listings.

Why Buy A Volkswagen Dealership

In September 2020, Volkswagen revealed the all-electric ID.4 crossover. It’s the start of a brand new chapter in the history of Volkswagen. Bouncing back from the fuel-emissions woes of their past, VW is now riding the electric wave.

Volkswagen AG has been the automaker with the most global vehicle sales since 2016. US sales figures for Volkswagen dealerships have also been on the rise since 2016. Now begins a new decade of innovation, as they’ve pledged to make hybrid and EV versions of all their models available by 2030.

If you’ve ever thought about buying a Volkswagen dealership, now’s the time.

Who buys VW? Volkswagen dealerships generate consistent sales with Jetta, Tiguan, Golf, and Polo. VW is positioned as a mainstream vehicle of higher quality, making them popular among middle and upper class car buyers. Their electrification strategy is a big opportunity to expand that customer base. 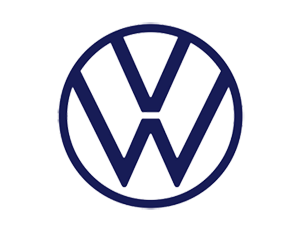 More on the value of VW dealerships for sale

Volkswagen has been a major player in the United States auto market since the 1950s. Their logo and many of their models, like the original Beetle and VW Bus, are cultural icons.

They are also known for excellent engineering, comfort, and performance. Volkswagens are popular among a range of demographics and income levels. The company’s current electrification strategy promises to build on all these strengths with energy-conscious buyers.

In September 2015, we stopped seeing Volkswagen’s witty, German accent-ed commercials and started seeing them in the news. While the company had to pay $25 billion in penalties for its emissions scandal, the impact on US Volkswagen automotive franchises was far less dramatic.

With the public eye on Volkswagen, a focus on EVs and hybrids has become a PR necessity, but it also puts them ahead of competitors in the future of automotive. They’ve framed it as a wake-up call, in line with the public consciousness that is rapidly shifting toward zero-emissions vehicles.

Even before they were under the microscope, Volkswagen had released an all-electric version of the Golf. The eGolf laid the foundation for the company to further develop EVs. The new ID.4 electric crossover now replaces the eGolf in the US, and it’s the first in a new all-electric series of vehicles.

VW pledged to have hybrid or electric versions for all of their models by 2030, which will make them a strong industry leader in those categories.

All this buzz marks an exciting new chapter for a solid brand and builds on a reputation Volkswagen has developed over decades.

Since the 1950s, VW has been an icon and a top brand in the United States. They continue to capture American consumers who are interested in a quality German car at a price that’s more affordable than its counterparts in the luxury market.

It’s important to look toward the future when considering automobile business for sale. The coming decade looks bright for VW, and it’s a great time to find a Volkswagen dealership for sale.

View Volkswagen automotive dealers above. When you’ve found the perfect Volkswagen dealership for sale, reach out. We’ll start the process today and take care of you every step of the way, from your acquisition through the lasting success of your automotive business.