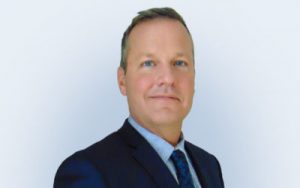 NEW YORK – Brian Brown has been named chief operating officer of the Dave Cantin Group, one of the largest firms specializing in automotive dealership mergers and acquisitions in the United States.

Based in the company’s Madison Avenue headquarter offices, Brown has more than 30 years of automotive experience covering virtually every aspect of dealership operations from a retail, wholesale and investor perspective.

He joins the Dave Cantin Group (DCG) from GPB Capital where he was instrumental in developing and executing the firm’s automotive strategy.  GPB Capital is a privately held alternative asset management company and one of the largest dealership groups in North America.

Brown directly led the seamless transition of bringing independently owned dealerships into the GPB family, while driving employee engagement along with the implementation of various operational and staffing improvements.

Prior to GPB Capital, he held management positions at General Motors Corporation in a variety of corporate, regional and field-level positions.

“Brian has a thorough understanding of our business from both a retail and wholesale perspective,” said Dave Cantin, DCG’s founder and principal owner. “His success is driven by a unique ability to view and understand the dealership business not as it is today, but as it needs to be for success tomorrow.”

“Brian maintains an industry-wide network of OEM, Private Equity, and Dealership contacts from which he is able to develop and drive future business strategies,” Cantin noted. “He is an invaluable addition to our executive management team.”