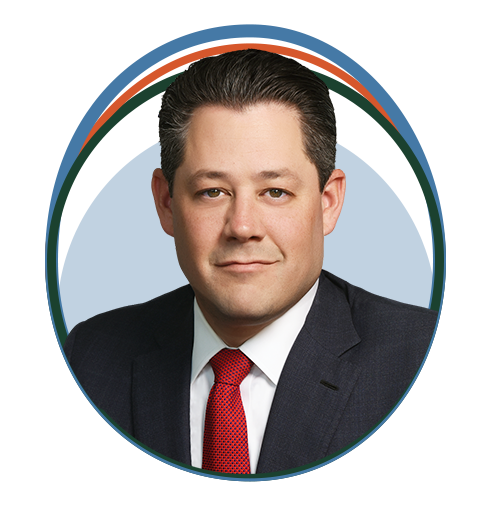 Andrew Cherkasky is a former federal prosecutor best known for his work as an elite complex litigation attorney with a tremendous range of professional experience. His legal experience spans from commercial and corporate transactions, to advising Generals in combat, to leading multi-million-dollar federal lawsuits, to appearing before the Supreme Court of the United States of America. In addition, Andrew is a regular national news commentator on Fox News and other outlets discussing major legal and political stories.

After law school, Andrew served our country in the United States Air Force as a Judge Advocate where he advised Generals, commanders, and combat troops on issues including the laws of armed conflict, the rules of engagement, international law, and military justice. After successful tours overseas, Andrew was transferred to the Pentagon where he was entrusted with litigating the military’s most high profile and complex felony cases. Andrew has traveled to over 110 military bases around the world to handle matters of a particularly sensitive nature or those involving national security implications. Before going into private practice, Andrew served for several years as a senior federal prosecutor in Washington, D.C. where he was recognized as the top litigator in the office.

As a legal entrepreneur, Andrew created a global law firm that began in a one-room office that he successfully expanded to a multi-state, multi-million-dollar, multi-discipline firm with divisions that handle large commercial transactions, federal criminal defense, and complex federal litigation. Andrew has become known in his private practice for taking on complex cases against large institutions, including the federal government, on issues ranging from commercial transactions with large corporate entities, to complex federal civil litigation with over $100,000,000 in total claims, and to federal criminal law typically with significant Constitutional implications. Andrew has successfully litigated over 200 jury trials and has navigated thousands of complex cases to settlement.

Andrew’s impressive legal background has led to his trusted position within DCG as General Counsel where he acts to protect the interests of DCG proactively and in the face of any potential legal or business dispute. After years of experience in the military and in the courtroom, Andrew exudes a calm and deliberate legal acumen accompanied with a stern and confident attitude toward litigation when necessary.