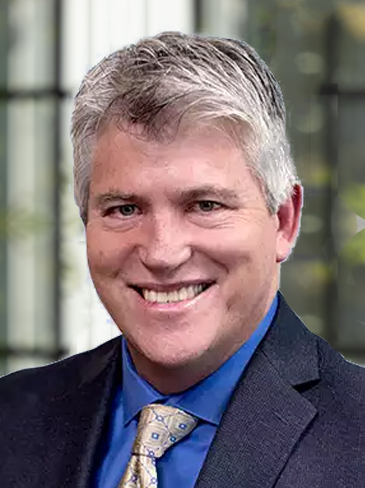 With a career focused on entrepreneurial expansion, Joe Beaver has developed a reputation as an aggressive, energetic marketer focused on bringing success to his customers, investors and partners.

Most recently, Joe served as Executive Vice President with P.Q.L., Inc., (PQL) a commercial industrial lighting company. Driving a nine-time growth in sales, and a five-time growth in personnel, PQL grew from a local lighting company based in Southern California, to a national facilities solutions company. Joe’s focus was not only on growing sales, but also shoring up the infrastructure so that the Company could continue to reach new heights for years to come.

Prior to PQL, Joe served as the co-founder, of Logos Health Systems (LHS), a healthcare technologies company focused on the development of a documentation system (VoiceScreen), allowing surgeons to complete their surgical / procedural documentation within minutes following surgery. Marketed to hospitals and ambulatory surgical centers, VoiceScreen successfully documented over 8,000 surgeries in its 7 years of usage.

In 1995, Beaver pioneered a new company in the newspaper industry, J.J. Grace, dba AdOut, handling 100% of the ad production of all major newspapers in the Los Angeles area. In 1997, J.J. Grace was named to Inc. Magazine’s 500 Fastest Growing Private Companies in the United States, and AdOut would eventually become the largest newspaper advertising production company in the U.S.

In every organization that Joe Beaver has been a part of, his infectious energy and enthusiasm have set the tone for success.

This is our second closed deal with DCG Acquisitions in less than 12 months. Our first deal was the purchase of a Chevrolet store in our local community. We tried to buy this store several times for almost 15 years with no success. We engaged Joe Beaver of DCG to represent us and things started to happen. Just a few short months later, we were at the closing table and our dream of adding this store to our family became a reality because of DCG. Fast forward to today and here we are again with yet another successful transaction because of our relationship with DCG. This time, we asked Joe to find us a suitable buyer and that is exactly what he did. In addition, George Pero spent countless hours providing our family guidance and counsel to a level I never dreamed of. His constant reassurance and professionalism instilled a tremendous amount of comfort that not only we were making the right decision, but more importantly this was absolutely the best deal we could have gotten for the business climate as dealerships continue to enjoy extraordinary results. I always felt DCG was with us every step of the way!

Our relationship with DCG Acquisitions has truly exceeded our expectations for a Mergers & Acquisitions firm. George Pero was instrumental in every aspect of the transaction to get this deal across the finish line. We always felt George was in our corner accurately communicating our deal points with the highest level of integrity and tenacity that was necessary to make a deal this of this nature happen. In addition, Joe Beaver never let up with his tireless efforts to maintain consistent communications with all parties that also contributed to a successful transaction. This is our first closed deal with DCG Acquisitions but I am confident that there will be many more over years to come. They worked closely with several members of our executive team on every step of the process from beginning to middle to end, everything! We look forward to working with George Pero and his team at DCG on future deals as we continue to grow and expand our brand in additional markets consistent with our investment strategy!

Joe Beaver did a heck of a job on this acquisition for us and he is a great guy to work with. Thankful for his dedication and hard work.

Joe Beaver with Dave Cantin Group was very helpful in finding us a buyer for Klamath Falls Honda Subaru.  He was very attentive to our needs and made sure that we received what we needed. We were selling the stores for over a year and Joe is the only one to work hard to bring us three LOI’s. Joe and the Dave Cantin group go above and beyond to sell our stores.

I want to thank you for not only all you and your group did in the sale of my store but how you handled each aspect of the sale. If you recall in our first conversation I mentioned that I had a low level of trust not only for people in your profession but also the process in itself. You told me you would prove that perception wrong. I want to tell you that you did exactly that. Looking back I can’t imagine any part of the process without your help and the help of DCG Acquisitions. You made it understandable and believable. Most importantly, you proved the trust put in you was very well placed. Thank you for that and all the help through out the entire process.

Joe Beaver is a very persistent professional - and for all the right reasons. We always felt like Joe was on our side, and he was. He was very responsive to all of our questions and concerns, of which there were many when working on a transaction of this nature. His calm nature and easy-to-work with demeanor were truly appreciated and made for a positive process.

When I first met Joe Beaver, he had a great and confident attitude with a secure belief that he would be able to sell my store. The most important issue when dealing with this kind of capital is that the individuals involved are straightforward and upfront. During our many conversations, I mentioned to Joe that I tend to bubble over with integrity, and when he mentioned that he hoped to come across as the same for me, I was assured that he was the person to handle this transaction with care. The business was my livelihood for 41 years and I wanted to see it go in the right hands. Joe brought a good and strong buyer to me, one that I believe will do an excellent job and carry on the good work of my heartaches and tears and my experience in being a Chevy operator. I would recommend Joe and the DCG Acquisitions team to anyone that came my way to ask for a reference. I think that Joe is a splendid individual that is more than capable of doing what it takes to perform a great transition.

We were represented by George Pero and Joe Beaver of DCG Acquisitions in our most recent acquisition of Klamath Falls Subaru and Klamath Falls Honda. The experience we had with George and Joe was a true pleasure. They helped to facilitate a 'win-win' situation for both buyer and seller; which also ended with relationships created between all parties that will continue past this one transaction. They were professional, organized, well-informed and a true value add for all parties involved. Through open communication and a solution oriented mind set, all aspects of this transaction were able to be worked through and concluded in our closing. We look forward to future business with George, Joe, and the Dave Cantin Group; and have much appreciation for their services on this most recent transaction.

I’ve had the opportunity to work with Joe Beaver over the last 9 years. When I first started working with Joe PQL had 29 employees and a single office in Simi Valley California. Over the years since that initial contact, I’ve seen Joe’s efforts result in a Company that grew to 145 employees. I’ve enjoyed a front row seat watching Mr. Beaver build PQL into a national company with 7 offices including two large distribution centers. During this time, Joe managed the purchase of two companies for PQL, and successfully merged over 67 employees into a single entity. Joe has always worked hard to maintain the highest level of integrity in his dealings with my company, while successfully navigating the path of a rapidly growing organization without jeopardizing the care of its employees. For those who have an opportunity to work with Joe, at any level, you can take comfort in knowing he will work tirelessly to produce mutually beneficial results.