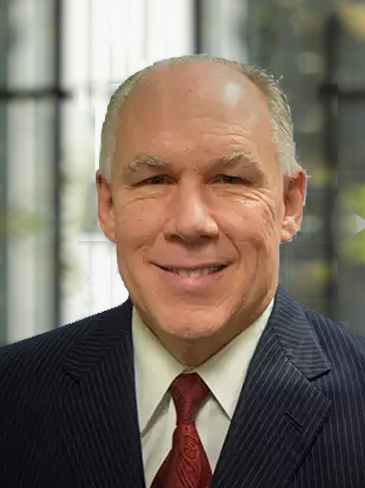 Poncho Redfern began selling cars in 1978 and has touched virtually every dealership position over the past 40 years. At the age of 28, he became General Manager of Lee Nissan in Wilson, NC, where he developed his passion for accounting and asset management.

In 1992, he joined the Nissan Motor Corporation as Retail Operations Director to assist with their management restructuring. He returned to retail in 1999, joining the Thomason/Asbury Auto Group in Portland, OR as Director of Sales and Fixed Operations. He was later named President of the Thomason Auto Group in the Bay Area in 2003, until the company sold in 2009. He split his time over the next 4 years as an independent consultant and Financial Management Instructor at NADA.

Poncho has spent the last 6 years as an Area Vice President with the Superior Auto Group, which operates 15 dealerships in Arkansas and Texas. His unique reputation has been he’s a numbers guy, who knows how to get the numbers!

Besides his deep knowledge of dealership operations and accounting, Poncho understands the challenges with the factory and can assist in anticipating and overcoming possible roadblocks during an acquisition. He knows the gravity of an entire workforce asked to stay on with a new dealer, and having to staff virtually every position as well, allowing him to advise of unforeseen challenges before the ink has barely dried.

Before joining DCG, Poncho has participated in nearly 20 transactions from the buyer, seller, and factory perspectives and wants to put his 40 plus years of varied experience to work for our clients.

Poncho and his wife Toni are the proud parents of 6 children and 21 grandchildren.

I've had the opportunity to work with Poncho over the last 6 years.  He truly had an open door policy and was always willing to pass on his many years of experience to me and the managers in my department.  He has a solid grasp on the financial end of automobile dealerships and was capable of quickly analyzing any of our multiple franchises financial statements to discover both excess expense and growth opportunities.  He's found a way to be committed to both his business responsibilities and his family.  I look forward to working with Poncho as we continue our quest to grow and expand.

Tyler Black |
VP of Fixed Operations Director, Superior Automotive Group
I have had the opportunity to maintain a continuous 20 year business relationship with the Superior Auto Group-Conway. For the past six years, my dealings have been almost exclusively with Poncho Redfern. Our professional relationship has required us to work closely on issues of compliance, customer service and revenue generation. At all times, Poncho has acted with a high level of integrity and a keen attention to details. His interaction with me, and his employees, exhibits a high level of trust and respect in his leadership skills and ability to work well with other people.
Jeff Hart |
President Automotive Specialties, Inc