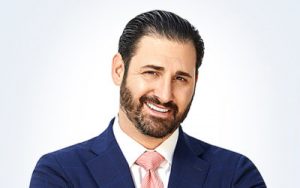 NEW YORK – The Dave Cantin Group is on track to becoming the largest automotive dealership merger-and-acquisitions firm in the United States.

Established just 10 months ago, the Dave Cantin Group (DCG) already has dealership listings worth more than three billion dollars and has regional offices in California, Florida, Illinois, New York and Texas. Its headquarters are on Madison Avenue in New York.

Dave Cantin, the group’s founder and CEO, is a former dealership principal who last year managed the second-largest automotive dealership acquisition in U.S. history – the multi-billion-dollar sale of a major dealership group. Only Warren Buffett’s purchase of the Van Tuyl Group in 2015 ranks higher.

“We’re in the process of assembling the largest, most-experienced group of M&A professionals in the industry,” Cantin said. “Our goal is to become the world’s leading automotive dealership M&A firm, as well as a ‘go-to’ resource for dealers seeking counsel on succession planning, employee buy-ins, partnership agreements and other equity-related transactions.”

He noted that DCG has put together an aggressive plan to achieve its leadership goals within the next 12-18 months. The firm already is engaged in more than 30 automotive dealership acquisitions and is on track to achieve its 2018 goal of closing transactions worth more than one billion dollars.

DCG will exhibit for the first time at the upcoming NADA (National Automotive Dealer Association) Show January 25-27, 2019 at the Moscone Center in San Francisco. (The firm’s space will be #7553W, located in the center’s West Hall on Level 2.)

Cantin’s company currently offers a broad range of professional services, including the management of:

“A recent study by the National Alliance of Auto Dealer Advisors shows that more than 50 percent of all dealers in the U.S. do not have an adequate succession plan in place,” Cantin pointed out. “Succession planning is critically important and one of the many professional services that we offer our clients.”

Cantin, 39, started as a new-car salesman out of high school and by age 21 became the general manager of the multi-dealership group where he worked in New Jersey. He went on to help build and become a partner at one of the nation’s largest dealership groups. After selling his interest in the group, he joined an automotive M&A firm, where he put together the second-largest automotive dealership acquisition in U.S. history.

About DCG
With regional offices in California, Florida, Illinois, New York and Texas, the Dave Cantin Group (DCG) is a full-service M&A firm that manages the sale and purchase of automotive dealerships throughout the United States. DCG maintains extensive relationships with manufacturers, automotive attorneys, accountants and lenders, as well investor groups, private equity firms, investment funds and family-controlled or private wealth-management advisory firms. The group’s successful partnership approach to the buy-and-sell process is coupled with a firm commitment to community service and charitable giving. Dave Cantin personally has helped raise more than $150 million in the fight against pediatric cancer, and DCG is committed to donating a percentage of its revenue to the cause.