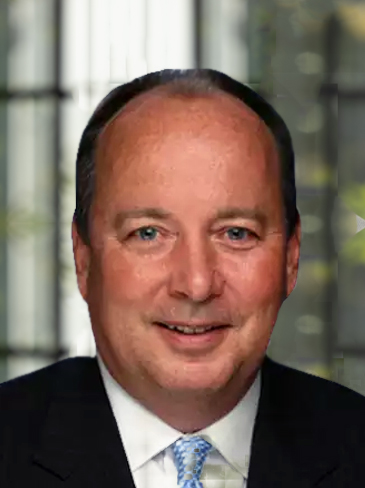 Tim Devine brings more than 35 years of experience in the automotive industry to the DCG CAPAITAL team, including successful top management of large dealership groups. Tim’s experience spans a broad range of positions and accomplishments, including the following:

Chief Financial Officer of Los Angeles-based Sage Automotive Group, on behalf of an ownership group in a turn-around situation. Sage operated 11 dealerships, including four Nissan/Infiniti stores representing the largest retailer of Nissan vehicles in the USA, the #1 retailer of KIA in the USA, and a Mercedes-Benz, a standalone Infiniti, Maserati, Chevrolet, and Hyundai. Through his leadership, Tim resolved many issues for this group and sold most of the dealerships to Trophy Automotive Dealer Group in a multi -million dollar transaction.

Nissan Motors Acceptance Corporation. In 2014, Tim was recruited away from Hyundai Capital America by Joe Peters, the global CFO for Nissan, to reimagine captive finance and lead the more than 1,000-employee Operations division for the company. Tim did just that, increasing efficiency and effectiveness of all facets of the business, spiking key performance metrics, dramatically improving employee satisfaction, and improving the risk cost profile across the portfolio.

Hyundai Capital America (HCA). Tim was recruited by HCA to lead its U.S. Sales and Marketing operations and was later named the first U.S. Senior Vice President in HCA’s history. At the time Tim joined the business, HCA was a $4 billion mostly sub-prime, portfolio. HCA’s overall retail penetration was less than 10%, HCA was last in JD Power dealer rankings, and the OEM used its own captive sparingly for any type of incentive programs. Over the next six years under Tim’s leadership, HCA’s portfolio grew to exceed $25 billion, with 80% prime business, and only 20% lease – with a best-in-class mix that was highly sought after by ABS and bond investors. Part of the sea-change was Tim’s ability to work successfully with the two OEMs, Hyundai Motors America and KIA Motors America – including a broad spectrum of senior leaders at both manufacturers.

Daimler Chrysler Financial. Shortly after the Daimler-Chrysler merger, the OEM introduced a series of new commercial vehicles: the Sprinter van and Dodge 4500 and 5500 medium duty trucks. To support these new products, Tim was recruited by Klaus Entenmann, the CEO of DCF, to create a group that would be scaled quickly to become a new Captive Commercial Finance Business. Tim delivered on that challenge as described in the detail below.

Tim’s management approach is differentiated by an uncommon complement of financial management expertise, combined with strong business acumen and strategic vision – allowing him to view any situation through a 360-degree prism, break issues down into parts, connect the dots, identify the business drivers, understand complex issues, take action, and drive results.

Tim earned his Bachelors degree at Faulkner University and his MBA at the University of South Alabama.